We’ve all heard the Miranda rights at some point—in TV shows, movies, and for some of us, they may have been read out to us in real-life during what we might recall as some of the most intimidating situations we’ve ever been. But most people don’t actually know or understand what their Miranda rights mean for them or how they’ve come about.

We’ve tried to simplify it so you know exactly what the officer means the next time they confront you and read out your rights.

Where Do Your Miranda Rights Come From?

It all started with Ernesto Miranda getting arrested in 1963 in Phoenix, Arizona as a suspect in an abduction and rape case and was forced to confess during an aggressive interrogation. In court, Miranda was found guilty and sentenced for up to 30 years in jail, based on his confession.

But based on the 5th and 6th amendments, Miranda appealed to the Supreme Court, twice and in June 1966, the case was reviewed again by the Supreme Court, and in a 5 to 4 decision, the court ruled in Miranda’s favor—his confession could not be used as evidence. The theory was that the police had misled Miranda by not informing him of the rights laid out in the constitution. This ruling thus gave birth to what became known as the Miranda rights or Warnings.

Interestingly, Miranda was placed again on trial and found guilty based on other evidence. And in an ironic turn of events, Miranda was eventually murdered in a bar fight, and the murderer got away using the Miranda defense in court. 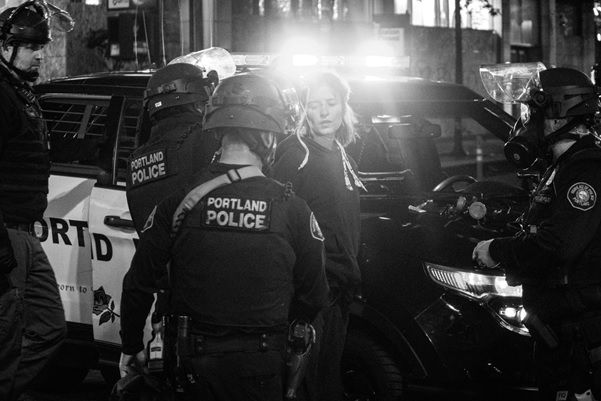 Understanding the What, When, and How of The Miranda Rights

When Do These Warnings Apply: Miranda rights apply when you’re taken into custody and prior to any interrogation. Being in custody doesn’t necessarily mean a formal arrest; it’s any situation when your movement is significantly restricted during an encounter with the police.

How Do You Invoke Your Rights: Interestingly, no matter how silent you are, it’s not enough. You have to actually speak up and invoke your right to silence. While there is no specific phrase, you must clarify to the officers that you wish to remain silent.

When Do You Invoke These Rights: Ideally, you should do it as soon as the rights are read out to you by the officer. In case you don’t, you can assert them at any point during the questioning, even if you’ve already made other statements.

How Do These Miranda Rights Help You?

The Miranda Rights basically protect you from messing up by saying the wrong things. When they were first introduced, some judges actually criticized them for being too tilted in favor of criminals.  But for the wrongly accused, Miranda warnings can be literal lifesavers.

Interrogation and law can be tricky for the layman. By staying silent and being assisted by a lawyer, you’re guaranteeing your free pass from the courts. Additionally, if the police fail to administer your rights, the whole case tilts in your favor, even if you’re actually guilty! None of your statements can be used against you, and actual evidence that the police uncover as a result of your statements may also be excluded from any case proceedings.

But in case you or someone you know has landed in jail— get in touch with us. If you’re located in Whitley County and nearby areas, our agents can help you out with our 24-hour bail bond services and in guiding you through the legal processes involved in getting bailed out.