Here’s what you need to know about the federal bail bond system.

During this hearing, the accused learns the charges against them and the prosecutor informs the court if the defendant can be released and under what conditions. The court system, based on the crime, has four choices.

Getting Out on Personal Recognizance

According to the law, the judge will consider a few factors before they release the accused on a personal recognizance bond.

First, they will consider the type of crime that was committed. Then, the evidence against the individual will be seen. The character of the accused will also be considered, and it will be determined if they are a threat to the community.

Getting Out on Conditional Release

The individual can get out of federal jail due to certain conditions, including undergoing medical treatment, seeking or maintaining a job, obeying a curfew, or finding an educational opportunity. The person may also be ordered to abstain from alcohol or firearms and may have to go through drug testing, monitoring, and travel restrictions. Here, the judge may ask them to submit a bail bond. (You can reach out to a bail bonds agency for this).

The judge may allow for personal property as collateral if there’s a risk of the defendant fleeing. The property that is used must at least match the bail amount in equity. So, the value will be determined after subtracting any loans or money owed against the property. 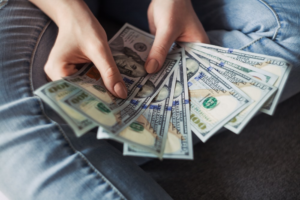 If the judge suspects the defendant will not appear in court, they are detained.

Are you looking for a reputable and affordable bail bonds agency? Reach us out at DeLaughter Bail Bonds. We’re Indiana’s local provider of bail bonds and provide a 24-hour bail bond service throughout the state.

We’re a family-owned business that’s on a mission to get you or your loved ones out of jail as quickly as possible.

Contact us now to benefit from our 24-hour bail bond service in Indiana.