Once you do, the bail you deposited is returned. But if you don’t show up, the bail is kept and an arrest warrant is issued, which will land you back in jail.

The bail can be provided by you, your friends or family, if you have the financial means. In case you don’t, you can always rely on a bails bond agency to provide you with the required bail amount.

Setting Bail: All You Need to Know

Immediately after your arrest, you should inquire about your bail amount. If you are unable to meet a judge soon, you’ll end up spending some time in jail (usually a weekend or so). 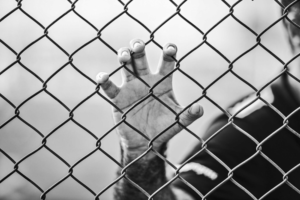 This is a tactic used by police at times. They make arrests on a Friday, making it difficult to see a judge about your bail until Monday. However, if you’re arrested for a common crime, then jails often have a fixed bail amount.

According to the Eighth Amendment, no person can have an unreasonable or excessive bail amount set for their crime. This is to ensure the bail isn’t used by the government to punish a person or to raise money for itself. Thus, the Eighth Amendment establishes bail as a guarantee that the arrested individual will return when ordered.

Despite this, sometimes judges do issue high bail amounts. This is done, so the individual isn’t able to get out of jail, especially if they’ve been arrested for crimes where the probability of fleeing is real, e.g., murder or drug dealing.

There are also certain situations where a reasonable bail is set, but the arrested individual still can’t afford to post the bail. If this happens, you can ask the judge to lower the bail amount. If this doesn’t happen, you can seek out a licensed bail bonds agent to make the bail for you.

Bail can be posted in various ways. These include:

Get Affordable Bail Bond Services in Whitley County, IN

Going through an arrest can be nerve-racking. If you or a loved one are in trouble with the law, you can turn to us for your bail. Our licensed bail bond agents in Whitley County have been aiding arrested defendants for over a decade. We’ll secure your release and help you or your loved one get out of jail as quickly as possible.

Contact us today to get our 24-hour bail bond services in Whitley County, Indiana.