Bundles of trials in courts await judgment. It’s that court procedures take time. It’s also upon the court to ensure transparency in their processes and compensate all involved parties justly. Since an arrestee can’t be locked up in prison until their turn comes, a bail allowance is given in the law.

There are official websites of the United States courts that help you locate cases. The court records exemplify the number of cases courts have to hear every day.

A bail is a sort of surety, a bond that guarantees the arrestee will continue to live out of prison as a responsible, law-abiding citizen.  The bail also ensures that the arrestee will show up in court anytime their case is on trial. The process facilitates the courts and the arrested party.

If you want to have a family member/friend released on bail, have an attorney by your side. The US Court System and legislature is complicated as it is. Fighting your case will make your claim to an easy bail problematic. 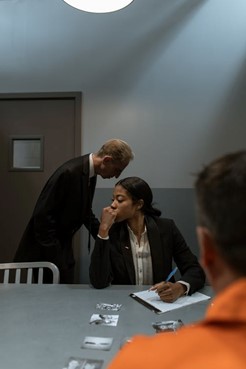 Most bails are granted according to the nature and degree of the offense. Persons with no history of a criminal offense find it easy to secure bail.

Since bail is a payment, you have to give something to the court in return. You can pay your bail bond two ways:

Paying your bail bond isn’t child’s play. We’d recommend you go with bail bonds agencies that know the trade and have years of experience working in the American court system. You can contact our company, DeLaughter Bail Bonds, to learn more about our work.

Once you’ve secured a bail, don’t do the following:

Bail doesn’t mean you’re out of the justice system’s radar. You’ve been given more ease to manage your economic and social matters. You shouldn’t think of leaving the country while on bail. If traveling is indispensable, make your attorney take permission from the court before finalizing your plans.  Travel within the States is permissible, but prior approval should be taken before international travel.

The last thing you want to go wrong with is a judge marking your case with an FTA (Failure to Appear) or issuing a Bench Warrant for your arrest. This can also result in police hunt downs for you. For the best outcome of your case, don’t waste the court’s time and be present during hearings.

Don’t get arrested again! That’s the worst that can happen.  Stay away from all sorts of illegal activities. If you’re charged again, the sentence may be more severe.

Our bail bondsmen make sure your bail process runs smoothly.

At DeLaughter Bail Bonds, we offer bail bonds in fifty states in the US. Our services are speedy and efficient. Our 24/7 bail bond service provides the best bail solutions for various offenses. Our licensed agents work their best to help our clients appear for their hearing and present the best possible reasons for applying for bail. To avail our services, contact us at 260-578-0505.