Justice systems throughout the world set the betterment and improvement of their society as the primary objective. According to the treatise of the American Bar Association, the American law finds depriving a person of liberty just because their trial hasn’t ensued harsh and inhumane. It causes “economic and psychological hardship” upon the citizens of the United States.

Defining the Process of Pre-trial Release

A bail demands you to provide a surety or bond of some kind for the court’s assurance. It’s the judge who decides the amount of money in bail. In pre-trial releases, no such surety or bond is required. It is solely upon the judge to come up with measures to make the defendant appear for trials.

Today, licensed bail bondsmen have made it easier to secure bails. Bail bondsmen pay your bail amount and look after the entire process so that you can reach home quickly. 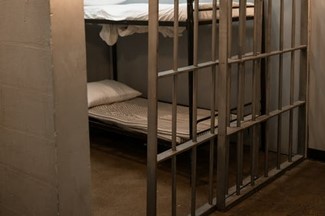 Emotional and Physical Comfort for Defendants

Crimes are of many different types. Some minor, others major. All crimes are punishable by law. Keeping American citizens in jail for the most minor crimes appears unacceptable. Pre-trial releases allow defendants to attain emotional and physical comfort in their homes.

Defendants Can Support Their Families

The Center for American Progress stated that 42% of women are sole breadwinners for their families. Many similar families live in the US. To imprison breadwinners of the family means more people will be deprived of the absolute basics; food, shelter, and clothing. The Pre-trial release policy makes breadwinners continue supporting their families.

America manages the expenses of the imprisoned offenders. There are already many jail inmates awaiting trial and many who’ve been arrested on non-bailable warrants. Adding more defendants to the list, especially for minor crimes, would burden the entire system. With a few restrictive conditions, the pre-trial release system allows citizens to lead a normal life and only appear before the courts during trials.

Bails granted to citizens are often unaffordable for poor people. Applying for a pre-trial release gives them a fair chance of compensation by American law. 24-hour bail bondsman agencies help defendants pay their bails too.

To have your bail prepared by the number one bail bonds company in Indiana, contact De Laughter Bail Bonds. We’ve been in the business for the past ten years and have closely monitored our clients’ cases. Our 24-hour bail bond service radius covers the whole of North Manchester, Indiana. To have our licensed bondsmen work for you, contact us at 260-578-0505.