Driving requires your undivided attention! You need to be able to stay in your lane, be wary of other cars on the road, and keep a lookout for the traffic lights. When you drink and drive, your ability to keep up with these three vital tasks gets impaired.

There are many other reasons why you shouldn’t drink and drive.

Here are the details:

To drive safely, you need to be able to concentrate. When you’re under the influence of an intoxicant, your reaction time slows down. If there is a car in front of you or see a pedestrian crossing the street, you might not be able to press the brakes immediately. Slowed brain activity increases the likelihood of an accident.

Drinking also affects your motor skills. It becomes harder for the eye, foot, and hand to work in joined conjunction to bring about the right action. Common signs of reduced coordination include the inability to stand straight and having trouble walking. If you’re experiencing any of the two situations, don’t get behind a steering wheel.

After drinking, the driver’s vision often becomes blurred, and they might not be able to control their eye movement. This affects how they judge the distance between their car and other cars on the road. 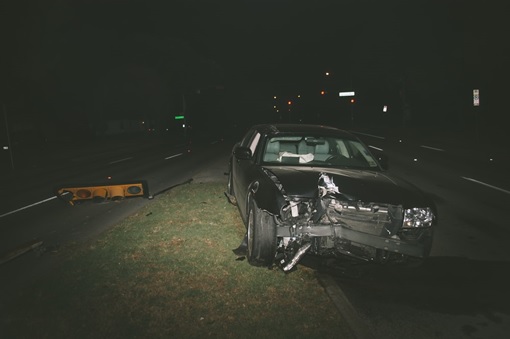 According to the law, getting behind the wheel of any motorized vehicle after consuming alcohol is a criminal offense. In the US, this is widely known as driving under the influence (DUI) or driving while intoxicated (DWI). In some cases, drivers don’t show any warning signs of being intoxicated, but the situation is still dangerous.

In Indiana, a driver’s Blood Alcohol Concentration (BAC) should be less than 0.08%. If it’s higher than that, the police won’t need additional evidence to charge the driver for a DUI. If the driver is underage, even a BAC as low as 0.02% could be enough for the driver to receive a ticket.

The exact penalty depends on several factors, including the driver’s age, BAC levels, prior conviction, the age of passengers, and the damage caused by accident (if any).

For BAC levels between 0.08% and 0.15%, the driver is usually charged for a Class C misdemeanor that is punishable for up to 60 days in jail. If the BAC levels exceed 0.15%, the act classifies as a Class A misdemeanor. In this case, the defendant can be put in jail for over a year with a fine of $5,000. If the driver is below the age of 21, the crime classifies as a Level 6 felony. Such cases can be charged for up to 2.5 years of incarceration with a fine of $10,000.

What can you do?

It’s simple: don’t drink and drive! It’s incredibly dangerous and life-threatening. If you love your family and care for them, don’t do it.

However, if you’ve been charged for a DUI and need a way out, DeLaughter Bail Bonds can help you out. We are a 24-hour bail bond service based in Indiana. Get in touch now.