Bail works around the idea that you’re innocent until proven guilty. However, the bail system often fails to recognize that the poor can be innocent too.

When millionaires like Robert Durst can get away with murder by posting bail and leaving town for years, yet a juvenile like Kalief Browder does three years in prison for only stealing a backpack, it really exemplifies the class disparity in our justice system.

When one gets arrested, they’re usually given the option to return home and wait for their trial. But to ensure that you actually come back and don’t flee, the court requires you to pay a refundable deposit. This amount is known as “bail.”

However, suspects of some serious offenses who may be considered flight risks or potentially dangerous to society may not be given the option to get bail. For those who do pay bail, the amount is refunded when they show up to all their hearings.

In case a suspect gets bail, but fails to show up in court for their hearings, the entire amount is forfeited and an arrest warrant is issued against them. 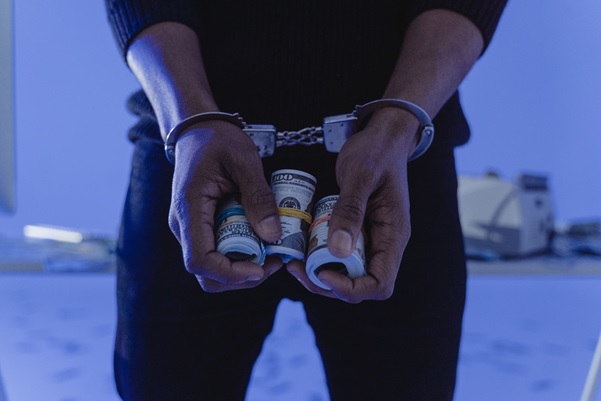 Bail System Can Be Unfair to The Poor

Anybody can be suspected and arrested for a crime they did not commit. And bail is a pass to await trial at home, around family and support groups. But there’s a catch—not everybody can afford bail. This means that sometimes the innocent may be held in jail until their trial, simply because they couldn’t afford their bail and hence, their freedom.

For someone like a minimum wage worker, being unable to pay bail could mean doing time for months waiting for trial, losing their wages in the process, for an offense as minor as protesting.

Now the constitution is an interesting thing because it does state that bail cannot be “excessive.” Still, the meaning of the word excessive itself is not made entirely clear, which gives courts the leeway to decide the bail amount based on their perception of the accused and the crime in question.

As exemplified by many popular cases that have made their way into the mainstream media, mainly involving celebrities, the rich have a much more comfortable experience with the bail system, regardless of how serious their offense is.

Where the bail system fails in aiding the poor, the bail bond system covers the damage. When an accused is unable to pay the bail money, a bail bond company will pay the bail amount on their behalf to get them out of jail.

Usually, the defendant would have to pay 10% of the bail to the bondsman as a fee. There are different types of bail bonds, such as transfer bonds or surety bonds.

Bail Bond agents like the ones at DeLaughter Bail Bonds usually work around the clock and can help you figure out the legalities of your situation. If somebody you know needs to get out on bail, get their complete information and get in touch with us. We offer bail bond services in Fulton County, IN, and other areas.

Let’s get them out of jail now!