Seeing a loved one behind bars can be emotionally and mentally taxing. Not only do you have to get them out of jail, but you also need to provide the emotional support they need. If a parent has landed in legal trouble, there’s a lot at stake, including their reputation and work.

Here are a few ways you can make it easier for them:

As someone who is posting bail on behalf of a parent, you might not have enough cash to pay the bail amount in full. However, as long as there is a dependable bail bond agent nearby, you’re covered. Bail bonds are easier to pay since they only require you to pay the 10% commission. The commission is fixed and set by the state law.

If your bail bond agent in Indiana suggests a figure over 10%, they’re probably trying to scam you.

Instead of paying the entire amount, you need to deposit the fixed commission and collateral to secure the bond. When you sign a bail bond on your parent’s behalf, you become a consignee of the bond. Being a cosigner means you’ve signed an indemnity agreement or a promissory note that obligates you to pay the bail amount if your parent fails to appear in court.

As far as the collateral is concerned, it usually varies from one bail bond agency to another. In most cases, an asset whose value is close to the total bail amount qualifies. Common examples of collateral that most bail bond agents accept are vehicles, real estate, jewelry, valuable electronics, precious metals, and firearms.

Once the bond ends, the agent returns the collateral. However, if your parent fails to make their court appearance, you won’t get the collateral back. 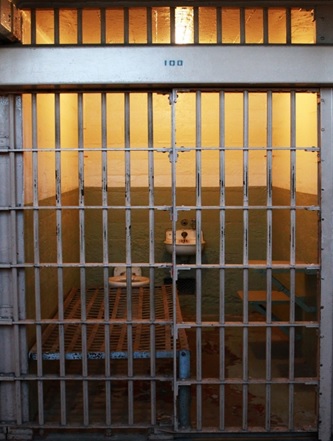 The roles will reverse

When you’re helping a parent post their bail, you might need to be in their shoes for some time. This means that you’ll have to take more responsibility and keep an eye on them.

Make sure that your parent doesn’t miss their hearings and is preparing for the trial well. Encourage them to follow the rules and inform them about the repercussions of not attending the hearings. You can set reminders either on the family calendar or digitally.

When they’re out on bail, you need to make sure they don’t indulge in any sort of illegal activity while their case is still pending. Guide them through the process if they’re not fully aware. Give them drives to the court if you need to.

At the same time, you must try to stay positive and focus on building strong family connections during this time. If they’re upset about the situation, try to reassure them that better days will come.

No matter what your parent has been accused of, there is always a way to help them fight their case if they’re innocent. Get in touch with DeLaughter Bail Bonds if you’re looking for bail bond services in Indiana.