The Fourth Amendment to the US protects citizens from unlawful and unreasonable searches and seizures. The law protects their ‘persons, houses, papers, and effects.’

However, for legal proceedings, the police can search and seize your belongings if they have a probable cause.

A probable cause is a criminal procedure requirement that establishes that the police have a reason to believe that a person has or will commit the said crime. The probable cause must exist before an arrest warrant is issued. The magistrate or the judge can’t sign the arrest or search warrant if the officer can’t convince them.

To form the basis of a probable cause, the officer should have sufficient knowledge of facts regarding the suspect and the crime. A probable cause is never based on mere suspicion. A police officer can’t search your property just because they think you might be guilty. Even a reasonable doubt doesn’t qualify.

In most cases, the court itself employs a test to check whether the probable cause exists or not. The court checks whether another individual of reasonable intelligence would believe along the same lines as the officer. 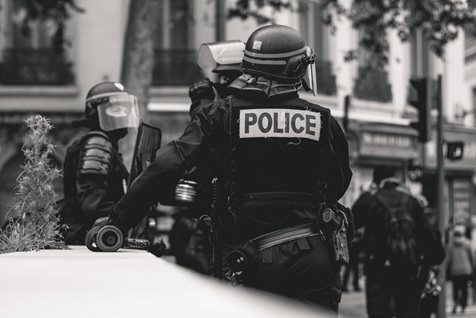 Sources of a probable cause

To effectuate an arrest, four basic categories of evidence can help an officer validate their probable cause:

If you feel like there were no legal grounds behind your arrest and that you’ve been wrongly detained, keep calm! We don’t recommend fighting it out by using force. You can always take the legal route and challenge the arrest in the court. Meanwhile, DeLaughter Bail Bonds can help you ensure your bail.

We are a 24-hours bail bond service based in Indiana. Our agents are up and serving throughout the state. Take a look at the service areas here.