Bounty hunters in the USA arrest approximately 30,000 bail breakers annually, accounting for almost 90% of all defendants who skip bail. Many television programs, such as “Dog the Bounty Hunter” and its colorful ensemble of misfits, made this sector prominent. However, the genuine bounty hunting profession is generally less flamboyant.

It’s a lawful occupation in Indiana, which has a population of 6.8 million people. Bounty hunters, often known as bail enforcement professionals, are licensed by the Indiana Department of Insurance. Although bounty hunters are well-known in the US, still most people can’t tell the difference between a bounty hunter and a bail agent.

The two roles are completely different vocations that work well together. When a suspect violates bail, the bail company collaborates with bounty hunters. A bail company looks after the legalities while bounty hunters keep track of the convict. This guide will help you understand the legal responsibilities of a bounty hunter.

Take a look at this guide to understand the duties of a bounty hunter in the USA.

Who Are Bounty Hunters?

Bounty hunters, sometimes known as fugitive retrieval agents, detain offenders for a monetary reward. Bail bond companies hire them to identify, apprehend, and bring a suspect within a certain timeframe.

When a suspect disobeys a judicial ruling, the bounty hunter may go all out to apprehend them. That is why bounty hunters are given the same skills as law enforcement officers. They must be trained and certified in firearms, pepper spray, and one-on-one combat.

Bounty hunting is a perilous and demanding job. Applicants must have prior experience in criminal justice or the armed services. They only get compensated if they complete the given task in the prescribed period. This is why having ambition is necessary for this work.

A bounty hunter can track down anyone on parole who does not obey judicial regulations or skips bail. Bounty hunters in Indiana can only access a residence with the person’s permission. Handcuffs and firearms are available to them. They should, nevertheless, always disclose that they are bounty hunters for a particular bail bond business or judicial body. They can’t use insignia or uniforms that suggest they are US federal officials.

If they successfully hand over the suspect to law enforcement agencies, they are paid a commission of the mutually promised bail. They will receive nothing if they are unable to apprehend the criminal.

They have varied responsibilities and powers in carrying out their tasks. They can legally access the offender’s residential premises without a warrant, based on the regulations of the respective jurisdiction. They are formally trained and certified in some areas, although they are mostly unrestricted in others. 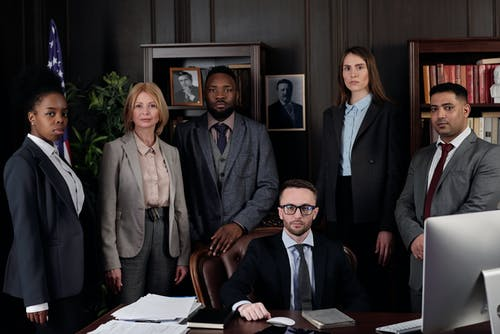 Being a family-owned business, the DeLaughter Bail Bonds has been facilitating the people of Indiana for a decade now. We are known to help our clients in stressful times with our bail solutions. Contact us to benefit from our 24-hour service in Indiana.