When someone is arrested, they may be sent to jail pending arraignment or released pending further proceedings. However, small-time offenders or those without extensive criminal records may be eligible for release on citation. Here’s what our licensed bail bond agents have to say about what a release on citation implies.

Standard Procedures in an Arrest

To begin with, police arrest those they have probable cause to believe have committed criminal acts. Then, in most cases, the person who has been arrested is escorted to the local jail to be booked. Next, the defendant is taken into custody and held there until arraignment. At the arraignment, a judge will decide whether the defendant may post bail, be released on their recognizance, or be denied bail.

Without the ability to post bail, criminal defendants must remain in jail until their case is resolved.

How Does Release On Citation Work?

Police have the discretion to decide whether or not to issue a citation release. If suspects are arrested, they may be released on a citation rather than taken to prison. In this case, the person is only handed a citation and sent on their way with the expectation that they would appear at their hearing date. A licensed bail bonds agent states that a citation is only a formal notification in writing. Simply put, the suspect is essentially let go at the time of their arrest.

Most releases on citations issued by law enforcement are for minor offenses. In addition to not being a threat to society, the person in question must also not be violent. Often, the accused will need to have a clean record. In most cases, police will offer a release on citation for infractions like speeding or other violations that do not warrant arrest.

If A Citation Release Is Not Issued

Going to the local jail after an arrest indicates no release on citation was granted. Once the arraignment is complete, bail can be posted. Using the services of a 24-hour bail bonds agency like ours is the safest bet. The typical charge for obtaining a bail bond is 10% of the entire bail amount. Once agreed, our bail bonds agency will post the total bond sum in this case.

Once bail is posted, the accused will be freed from jail. After then, the defendant must appear in court on all court dates to avoid any more issues. If immediate access to cash is a problem, there are options for financing or using collateral to pay the bail bond. 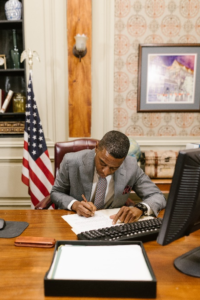 Talk to A Reliable Bail Bonds Agency in Wabash County

Contact DeLaughter Bail Bonds if you need bail bond services for yourself or someone else who cannot afford to pay bail in full. We provide affordable bail bonds services in Indiana to ensure you understand the entire process and have the required assistance.

Contact us today to learn more about our affordable bail bonds service.