The law-and-order situation can escalate to detrimental degrees in a country like the US. Laws in America are stringent as compared to other countries in the world. In 2020, New Mexico recorded the highest number of criminal incidents with a ratio of 3620 crimes for every 100,000 people.  The crime rate in the US is said to have decreased with an increase in the number of police officers.

The crime rate in the US has fluctuated much during the pandemic. Much of crime can be segregated as planned and unplanned. Some major types of crimes include:

You can be booked for crimes like illegal car parking in the US. Before you decide to become your attorney, know that you have the cops involved. Have a bail bond agency take care of your bail bonds. Our agency in Indiana offers services 24/7.

What to Do If You’re Arrested?

If you’re arrested for a crime, know that certain rights are granted to the defendant under the Miranda Rights Charter. Miranda Rights were introduced in 1966 after the case of Miranda v. Arizona.  The case was a landmark verdict of the Supreme Court in establishing the law that all police officers, interrogators, detectives will have to inform the apprehended party of their rights before being interrogated.

The verdict made police officers inform a defendant of the following:

What If the Police Doesn’t Read Miranda Rights to a Defendant? 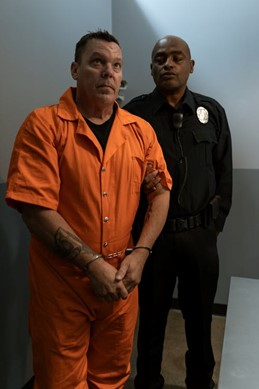 If the police forget to read Miranda rights to the defendant, they can’t use any statement given by the defendant as possible evidence.

There’re times during the court proceedings when the prosecutor might need your statements. None of the statements would bear weightage without the Miranda rights read to the defendant before the interrogation. This can also result in the case’s dismissal due to a lack of substantial evidence.

It’s easier for defendants with no previous criminal history and a good public reputation to secure bails. Our bail bond services make securing bails extremely convenient. Our services are available round the clock.

DeLaughter Bail Bonds is a 24- hour bail bond service operating in Indiana. The service offers bail bonds to make the bail process easier for defendants. The bail bondsmen submit the bond at the court on behalf of the defendant. The process helps defendants get back to living without the hassle of running to courts now and then. Defendants can choose between two kinds of bail bonds; surety bonds and transfer bonds, depending on their case. To know more about our services, call us at 260 578 0505