Gun laws are very strict in the United States in general. While the citizens have proper guidelines on how they can acquire weapons and practice their rights to carry as well as use them, there are regulations that have to be followed. Failing to properly adhere to the rules can lead to a wide range of penalties, some of which can mean multiple years in jail. Thankfully, you have the right to bail as well in most cases. Here’s how it works:

There’s a wide range of penalties for different kinds of infractions related to guns and firearms. These can be complicated as they are very descriptive and have a case-by-case division to make things understandable for the common person. These can vary from state to state, but here are the penalties that apply for Indiana: 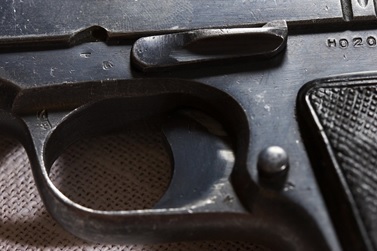 Being caught and charged for carrying a weapon doesn’t translate to them having to spend time in jail. In fact, they can leave once the bail has been posted. By getting in touch with a bail bonds agent, the subject can actually be let out soon. The agent will require details about the person imprisoned and reach out to the facility. After they can confirm that the person is eligible for bail, it’s only a matter of paying the amount and then the person can walk out.

If you’re looking for bond agents, look no further than DeLaughter Bail Bonds. We provide the lowest legal bail bond rates available in Fulton County, Huntington County, Allen County, IN and surrounding areas. Find the time to work on your case with your attorney and spend with your loved ones rather than staying stuck in jail. Reach out today to learn more about our services.