Whether or not your receive bail depends on a few things, including your criminal record and how much of a flight risk you are.

Once the bail is set, you can use a bail bond no matter what the crime was (non-capital, of course). At this point, you’ll need a licensed bail bonds agency like ours to ensure your release.

Here are a few types of bail bonds that can be used for different crimes:

If you’re arrested for driving under the influence of alcohol or drugs, you’ll need a Driving Under Influence (DUI) bail bond to secure your release. The penalty for driving under influence can be severe, but with the help of a reliable bail bonds service, you can build your defense strategy while being out of jail.

Felonies are far more serious and can include robbery, assault and battery, arson, rape, and murder. If you or someone you care about has been charged with a felony, it’s important to get them bailed out so they can meet with attorneys. A bail bonds agency can help you get out of jail.

Being caught with illegal drugs or prescription drugs can get you jail time. The severity depends on how many drugs you had on you, and what type. If you’re granted bail in this situation, you can get a drug possession bail bond.

Misdemeanors and felonies make up the two main types of crimes. A misdemeanor (although not as bad as a felony) is still a very serious crime. These involve vandalism, property damage, petty theft, hit and runs, assaults, and other minor crimes. 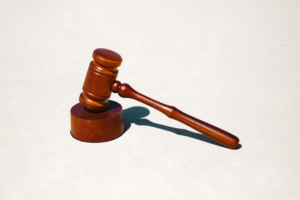 If you need immediate bail, you can reach us at DeLaughter Bail Bonds.

We’re a family-owned 24-hour bail bond service that provides a secure, immediate release to our clients. We also help you understand the entire process and make sure you won’t have a missed court date again.