Many defendants are unaware that bail can change even after its payment. A bail bonds agent may call to tell you that the amount of your bail has gone up and that you must pay it. Otherwise, you’ll be behind bars again.

For instance, if a judge decides the bail amount for an offense, there’s still a chance that the amount can increase. If the defendant commits a more serious crime than the first one, the judge may increase bail.

Here’s a valuable insight into how and why the bail amount increases:

For most criminal offenses, jail authorities usually use a standard chart to decide bail amounts, called precharge bail. The defendants don’t have to wait for the judge’s decision on the bail amount before paying the bail in cash. In this way, they can leave prisons immediately. There is a surge in reported violent crimes in the United States because of this bail cash reform.

Bail amount can increase due to the following reasons and circumstances:

A bail hearing held after the judge checks the defendant’s criminal history may end up with an increase in the bail amount. Defendants on parole or probation may have their bail increased by a judge. 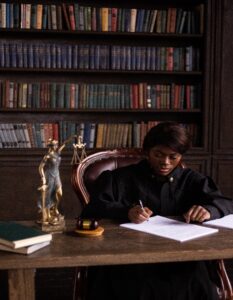 When an arrest occurs, the defendant may face more charges before going to court. Suppose a drunk person gets into an accident in a car. The person could face reckless endangerment charges. More evidence might make the prosecution team want to add more charges due to drunk driving. Due to these additional charges, the judge may raise the bail amount as per the law requirements.

A rise in personal injury or property damage can lead to an increase in bail. Still, it is more likely to happen with personal injury. Suppose a person hurt in a car accident isn’t diagnosed until after the accident. In that case, this can make the amount of personal injury go up, and it can make your bail go up, too. People who get hurt in a crime might get more money for bail if they get worse or even end up in a life-threatening situation.

Contact us to benefit from the best bail bond services in Allen County, Indiana.