Bail is an important part of the American judicial system and has undergone a lot of changes over the years.

Previously, it was only used for ensuring that the accused will show up in court, later on the system was altered to take the effects of bail on the community into account as well.

Each state in the country has its own bail schedule. It’s basically a schedule that law officials use in order to determine bail amount for a specific offense. The benefit of bail schedules is that they allow the accused to pay bail immediately and get out of jail.

However, bail schedules have also received a lot of criticism because they eliminate the need for individual assessment. Critics argue that these schedules don’t allow the accused to defend themselves in court.

This is why in some regions there are duty judges instead of bail schedules. These people don’t require a hearing. They can set the bail amount on the phone as well.

Of course, bail schedules exist for people who want to get out of jail immediately. That’s not always possible. In these cases, people have to wait for the trial before getting bail. 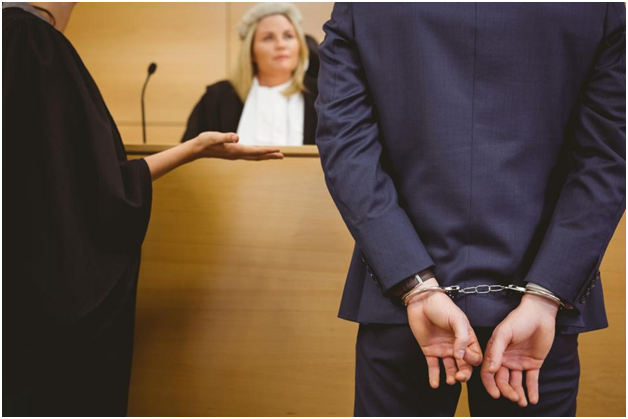 What Factors Do Judges Consider

When you appear in front of the judge for a bail hearing, they consider multiple factors. First and foremost, they determine the seriousness of your crime.

The bail amount will be high if you have been accused of a serious crime like assault and battery. Certain crimes like murder and sexual assault are so serious that there is no bail for them.

In addition to that, the judges also consider your past record. If you are a repeat offender, the judges will be reluctant to let you get out of jail and will set the bail amount accordingly.

The judges will also consider your current place of employment and income. This is done in order to ensure that you wouldn’t try to skip trial and evade the law.

There are certain cases in which the judges eliminate bail entirely. This happens when another warrant has been issued against the accused in another county.

Impact of Police on Bail Amount

The police usually only arrests people when they have concrete evidence against them. Furthermore, in these cases your past record can also go against you. For example, suppose you got arrested for possession of marijuana and have a criminal history.

The police might use that against you by claiming that you intended to sell marijuana. This will turn a small misdemeanor into a crime and will have an impact on your overall bail amount.

In these cases, having a bail agent by your side can help. Get in touch with us. We offer 24 hour bail services in Indiana. We offer different kinds of bail bonds and you can find out more by contacting us at 260-578-0505.