The criminal justice system is ‘a system that addresses all questions pertaining to law and order in a society.’

As citizens, it’s important for us to understand this system well because of how often we come into contact with it.

Every instance of crime—getting robbed, facing a DUI charge, etc.—leads to the person in question dealing with the criminal justice system. Therefore, it’s important to understand what the different components of the system mean for you.

Here are some legal terms that you should be well-versed in:

The crime rate is a measure of a specific region’s criminality. It is calculated at intervals by adding up all the criminal incidents that take place within a region or a population in a given period of time.

The number of incidents is then divided by the total population. This final rate will give you the number of criminal incidents that take place for, say, every 10,000 individuals residing in Indiana. 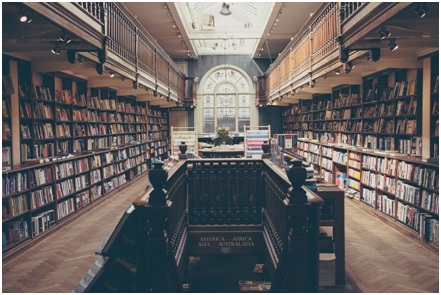 The defendant could be both an individual or a business against whom/which a lawsuit is filed.

If it’s a criminal case, the person/organization accused of the said crime is a defendant. In the case of a civil case, it’s the person or organization against which the plaintiff files the suit.

A felony is any criminal offense that’s serious in nature. Most felonies are either punishable by death sentence or imprisonment that exceeds one year. These are not the same as misdemeanors, which carry shorter imprisonment terms.

Felonies are categorized into Level 1, 2,3,4,5 and 6, with Level 1 being the most serious and Level 6 being the least.

One of the most common examples of a Level 1 felony in Indiana is aggravated rape. This is rape that is accompanied by deadly force or the use of a weapon.

On the other hand, a Level 6 felony could be any crime that’s more serious than a misdemeanor but, at the same time, doesn’t fall into the category of assault or murder. According to the law of Indiana, vehicle theft is a Level 6 felony.

Larceny refers to acquiring someone else’s properly unlawfully but it’s not the same as common theft. Larceny is the act of depriving someone of their property, without the owner’s consent, and with the intention of not returning it.

Theft, on the other hand, is a broader term. The term ‘theft’ may include other variations of the crimes, such as robberies and burglaries.

A bail bond can be defined as an obligation—a legal paper or a monetary guarantee. It is signed by the defendant in an attempt to secure his or her presence at the trial. The defendant signs the agreement as a promise that they will attend all their hearings. In return, a bail bond company pays for their bail.

The defendant will also be required to submit some sort of collateral to secure the deal. The company will keep 10% of the bail amount as their fee.

DeLaughter Bail Bonds will always be there to serve the residents of Indiana, irrespective of the time of day. We offer 24-hour bail bond services all across the state, including Jasper County and Marshall County. Get in touch for details.