Experiencing jail time or having a loved one arrested for a crime they didn’t commit can be a frustrating and stressful situation. Facing an arrest and all the legalities that come with it not only impacts your reputation, it also creates a negative mark on your employment status. The good news is, licensed bail bond companies such as the DeLaughter Bail Bonds are here to help you get out until your court hearing.

When it comes to bail bonds, there are many myths and misconceptions that often affect a defendant’s decision to post bail. Associated cost, legalities, and paperwork might seem daunting at first, but an experienced bail bond agent can take care of everything for you.

Here are some common misconceptions about bail bonds:

People think that posting and getting bail involves a significant amount of expenditure, and licensed bail bond companies only accept cash payments. However, this is untrue.

There are different types of bail bonds such as secured, unsecured, surety, etc. Each of these have their own stipulations, requirements, and procedure. Hence, it’s unlikely for bail bond agencies to accept cash-only payments. Your local bail bond agent in Indiana will understand if you don’t have enough money to secure a bail bond. This is where they can help you seek other options such as a putting forward collateral. In addition, they might also accept credit cards, money orders, and checks.

Absolutely not. Even the licensed bail bond agents don’t have the right and power to negotiate the bail amount with the court. The court decides a defendant’s bail amount after considering their financial status, employment, crime record, etc.

In some cases, however, the court might decide to cut down the bail money but that’s only on their discretion. A bail bond agent can help you prepare for bail hearing and take care of all the nitty-gritties that go along, but they don’t negotiate the bail amount with the court.

3.    Only Family Members Can Bail Out Individuals

Anyone who is above the age of 18 has the right to a bail unless they are convicted of murder or treason. However, sometimes it’s difficult to hire a bail bond agent and post bail from the jail. This is when any person responsible for enduring the defendant can step forward to post a bail.

However, if the defendant fails to appear in their court hearings, the responsible person might have to forfeit assets or pay money equal to the bail amount. 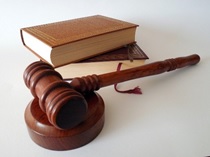 Sometimes, you can end up in jail even when you haven’t committed a crime. At DeLaughter Bail Bonds, you can avail bail bond services across Indiana. Our bail bond agents provide 24-hour consultancy and follow up services to help you comply with all kinds of legalities and court regulations.

Get in touch to avail our affordable bail bonds services in Indiana.