It’s important to understand all the aspects of getting bailed in case you or a loved one ends up behind bars. Sometimes, you might get convicted for a crime you didn’t commit.

But since you’ll be arrested and held in a jail, there’s no way out than by appearing in a court. However, under the US Law, convicts waiting for their court hearings can post bail or seek help from a licensed, experienced bail bond agent. A bail bond is a hassle-free solution to get out of jail and resume normal life while preparing for the court hearing.

Sometimes, a bail request might get revoked by the court and there could be several reasons behind it. Bail revocation result is collateral forfeiture, penalties, and extended jail time served concurrently instead of the predetermined jail time. In case of bail forfeiture, the bail bond company is also notified and instructed to revoke their proceedings.

Let’s look at all the reasons that might get a bail revoked.

Failure to Appear in the Court

The most popular reasons behind bail revocation is the defendant’s inability to appear in the court of law. If a bailed out convict skips on their court hearings, the judge might rule out bail revocation order.

As a result, the convict will be tracked down and sent to jail straightway. While a bail bond is secured against the defendant’s flight risk, chances are that the court will not just forfeit the collateral but also take back the bail permission.

Committing a Crime While Released

If you breach a law while being convicted, this could immediately result in bail request rejection. Similarly, if bail request was granted and the individual still commits a crime while on bail, the police will immediately arrest them, put them behind the bars, and the court will revoke the whole bail case. 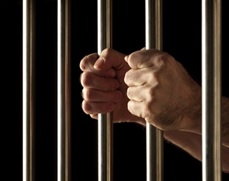 A bail bond company also shows zero tolerance toward defendants that don’t comply with the laws and regulations during their bail period. Note that it doesn’t take a significant crime to get a bail revoked.

After a bail is posted, the court calls the defendant for a bail hearing in which the bail amount and other legal matters are discussed and decided. At the bail hearing, the defendant is asked several personal and professional questions and their answers are matched with the court’s records.

If the defendant misrepresents themselves, the court might revoke the bail immediately. Misrepresentation in the court of law is a serious offense. Even if holding back information can be considered as a courtroom fraud.

Oftentimes, people are arrested for a crime they didn’t commit, which they are required to prove in the court of law. Since preparing for a trial can be quite stressful, doing it from within the jail can be additionally daunting.

This is where our leading, licensed bail bond agency comes in. At DeLaughter Bail Bonds, we offer bail bond services across Indiana. Our agents provide 24-hour consultancy and follow up services to help you comply with all kinds of legalities and court regulations. Our services areas include Whitley County, Fulton County, Wabash County, Kosciusko County, and many others.

Get in touch to avail our affordable bail bonds services in Indiana.