Facing the legal system can be quite an intimidating experience if you’re not well-prepared.

Whether you’ve gotten into trouble with the law for a crime that you did or didn’t commit, research is always important. The first step is to speak to your lawyer in detail and discuss your case. Next up, ask your lawyer to inform you about the legal process and terminologies in detail.

This is to make sure that you’re not blindsided when the judge uses legal jargon in the courtroom.

If you violate a traffic law and get arrested, it’s a misdemeanor. On the other hand, if you’ve been accused of a serious crime like rape, theft, homicide, and murder, it’s a felony.

The two terms differ in the way the defendants are treated. Most felonies may result in long term imprisonments. Other examples of felonies include substance abuse, property crimes, physical injury, treason, arson, and terrorism. 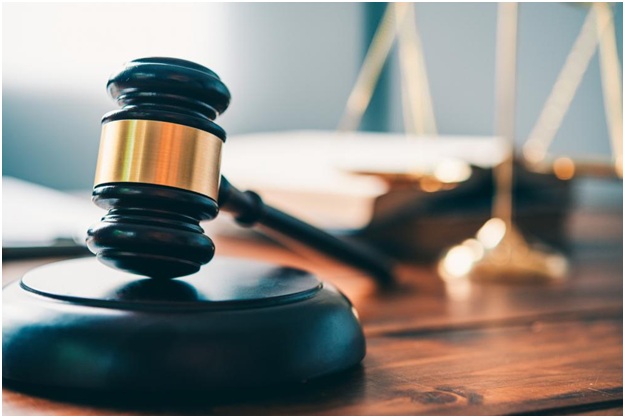 A liability is whatever the defendant is liable to pay.This situation arises when the defendant has caused reasonable damages to someone’s life or property and has to pay for compensation. The damages can be both physical and financial.

A lawsuit is a common example of a liability. This is a case in court wherein one party sues another for money in return for damages they’ve caused. In this case, the person suing is referred to as the ‘plaintiff’ whereas the person being sued is called the ‘defendant’. Since the case of a lawsuit and similar liabilities are brought to the court, the defendant has to pay the amount; else they’ll have to go through a legal trial.

This is by far one of the most commonly used terminologies in the legal world. If you get arrested in the middle of the night and have no one to call, a bail bond is one of the easiest options. If you don’t have enough cash to pay for your bail, you’ll get a bail bond agent to do so on your behalf.

The bail bond agent will pay the full amount on your behalf. In return, they’ll need some collateral to secure the bond and a cosigner to ensure that you’ll attend all your court hearings. They’ll also charge 10% of the total bail amount as commission.

After the case is closed, they’ll return the collateral, provided the defendant attends all the hearings as scheduled.

For the most reliable and swift bail bond services in Indiana, look no further than DeLaughter Bail Bonds. We are based across several counties including Newton County and Miami County. Give us a call at 260-578-0505.