If you haven’t been arrested before, and therefore, never had the chance to pursue a bail bond, it’s fine to be a little fuzzy on some of the jargon. But don’t worry.

Here are some must-know terms and their description from our licensed bail bonds agent. If you keep this list handy, navigating the bail bond process on your own wouldn’t seem as overwhelming.

When a person wants a release from custody until the court orders them to appear, a certain amount of money is posted. However, this money isn’t fine – it’s used to ensure the person will return to the court.

Due to any reason, a cosigner may request a bail bond surrender. This means they don’t want to be financially responsible anymore. Usually, a bail bond surrender occurs due to two reasons: one, due to additional financial strain; two, the possibility of asset forfeiture of the accused fails to appear in the court when required.

A person who helps the accused by offering financial services to them and meet the demands of the court. Usually, a bail bondsman is licensed by the states they work in.

This person has financial responsibility for bailing someone out of custody. The person signing the contract is the bond indemnitor. If the defendant doesn’t appear after this person posts collateral, the collateral may be lost. 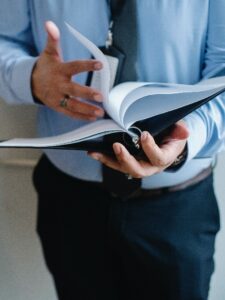 To get a person released, this amount is charged. Usually, the bond premium isn’t refundable and is typically 10%.

It’s the property or assets used to secure a loan. If a person doesn’t appear in court, it may lead to forfeiture of the property and assets posted.

A person who is accused of crimes by a court.

In a court, a legal matter goes through a number of stages. Some of these stages, for example, the trial, require the accused to be present. Both trial and hearing dates are announced, and a notice is given to the accused highlighting when they must appear in the court. If they don’t appear, the bail condition is violated.

Sometimes, a court may decide against the release of a person. Or, a court may release a person but may not want them to stay released. Simply put, withdrawal of bail is referred to as denying the opportunity – whether it’s after the person is released or immediately after they’re in custody.

DeLaughter Bail Bonds understand that going through an arrest is a stressful, scary experience.

Get in touch with our licensed bail bondmen now and take advantage of our affordable bail bonds service!