Bail is the temporary release of a person from incarceration when they’re accused of committing a crime. The police file a report, make the arrest and acquire a certain amount of money from the suspect for conditional release until the trial. During this period, the defendant is obligated to appear in all the legal proceedings.

Bail isn’t just a criminal justice policy, but it’s a practice that directly impacts people and communities. The bail system plays a central role in managing the landscape of crimes in the US. It helps the police and the court ensure that the accused individual won’t leave the township and will attend the trial sessions scheduled by the court. The court holds the amount of money submitted by the suspect as collateral and returns it when the case is over.

The justice system is not only responsible for the imprisonment of criminals but they’re also obliged to ensure maximum safety and the protection of innocent people’s rights.

The presumption of innocence until a suspect is proven guilty is the core of nearly all legal matters. Imprisonment of innocent individuals for long periods can lead to consequences, not only for the defendant but also for the community. Every individual has the right to acquire the benefit of the doubt until they are convicted.

It’s important to remember, that people who actually commit the crime but haven’t been convicted yet, can use the time outside the jail to escape. This is where the bail system comes to the rescue.

Judges only release suspects on the agreement that they’ll appear in the legal proceedings. This way they ensure that the defendant doesn’t go into hiding or commit another crime during the period. The bail system doesn’t only protect a person’s right to presumption of innocence but also contributes to the improvement of public safety.

The bail system substantially mitigates the burden of taxpayers. Holding accused individuals in custody for a long duration is expensive—especially in areas where the crime rate is high. Holding suspects for months won’t just cause financial hardships for the suspect, but also the government. 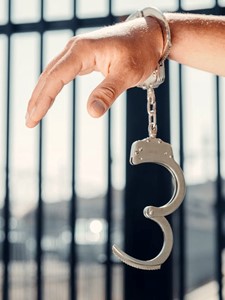 Dealing with the imprisonment of a beloved friend or family member without the money to bail them out?

Our 24-hour bail agents at DeLaughter Bail Bonds are always ready to meet clients in person and make arrangements for their immediate release.