After a person is arrested, they’re eligible to file for bail unless they’re not convicted for murder or treason in Indiana. However, many nitty-gritty factors play an integral role in determining bail hearing success. Among these, your financial strength to use an asset as collateral is a major one.

Unless you’re financially sound and have abundant resources to pay upfront as bail money, you’ll be asked to put forward a valuable asset as collateral. Bail is basically a guarantee to set a convict free with an agreement that they’ll show up in all of their court hearings.

In case they skip out, the collateral will be forfeited as a result of the breach. Sometimes, a defendant’s financial status won’t allow them to pay the full bail amount in one go, meaning they’ll have to get a cosigner to negotiate with the bail bond agency.

Collateral against your bail is anything of a high value that is used to secure the agreement. Let’s delve deeper to understand this concept in detail.

When a licensed bail bond company in Indiana such as the DeLaughter Bail Bonds steps forward to help get bail, they’ll require you to sign a binding agreement. This agreement will stipulate that they won’t break any law from the moment a convict is released, , stay in contact, and show up for all the bail and case hearings.

What Can Be Offered as a Collateral?

Collateral against the bail bond can be of anything equal or above the determined bail amount. It can be a real estate property, heavy machinery equipment, equivalent amount of cash, or jewelry. 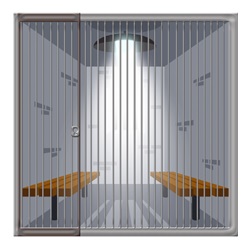 Most bail bond agencies accept collaterals in the form of real estate properties. The collateral is returned to the defendant upon timely and proper completion of the case. Whether the convict is found guilty, innocent, or the bail is exonerated, the court will issue the order of collateral release seized by the bail bond company or the court itself.

Let the experts at DeLaughter Bail Bonds help you get bailed and prepare for the final court hearing. We believe everyone is innocent until proven guilty, and you’re entitled to apply for bail before trial.

Reach out to avail our 24-hour bail bond services in North Manchester, Indiana. Our services areas include Allen County, Hamilton County, Wabash County, Lake County, among many others.