As per a recent report by CNN, America locks up more people than any other country! For every 100,000 people, around 655 are behind bars. You’ll be shocked to know that there are currently more people behind bars than the number of people residing in Dallas! That saying something.

All of this comes at a cost—the cost of mass incarceration. As these numbers rise, the government allocates more resources to ‘manage’ this prison population, straining the economy.

Let’s see what these costs entail:

As stated by the Bureau of Justice Statistics, mass incarceration in the United States costs around $182 billion every year! This figure includes the cost of operating prisons, parole, prosecution, policing, court costs, and probation. The cost also includes the amount paid by families to support their loved ones who are behind bars.

With more people being locked up every day, there is a great need to recruit more staff who will take care of them. A hefty $38 billion goes toward salaries related to incarceration staff.

Now let’s talk about taking care of prisoners. The justice system has to provide food and healthcare to over 2.3 million prisoners! This figure itself is larger than the population of 15 states combined!

Plus, phone companies that win monopoly contacts to provide services to jails are quite exploitative. Most families are charged as much as $25 for a 15-minute call! 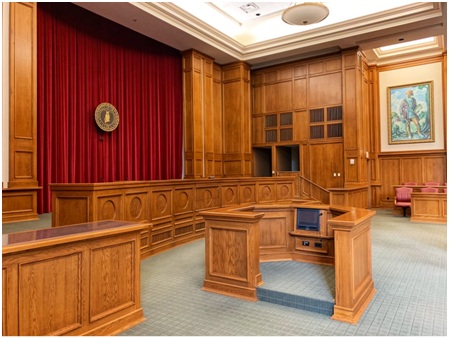 How do bail bonds address the issue?

The reason our jails are overpopulated with prisoners is that they can’t afford their way out. The criminal justice system favors the rich, and people who can pay hefty bail amounts.

Bail bonds, on the other hand, are the poor defendant’s ticket to bail. Irrespective of the defendant’s financial status and monthly income, a bail bond agent helps them get pre-trial bail.

In short, a bail bond bridges the gap between an ordinary defendant and the justice system by making bail more affordable.

This means fewer judicial costs for both the state and the families. The cost of dealing with an arrest is too high in most cases, even if you exclude the bail. Families need to hire attorneys and pay for the legal fees, as well as the jail fee.

At DeLaughter Bail Bonds, we try and make bail bonds as accessible to the public as possible. Get in touch if you wish affordable bail bond services in Indiana.