For the longest time, the bail bond industry in the US has faced undue criticism by anti-bail activists. These activists don’t just call for a total ban of the bail bond system, but also accuse it of the worsening state of our justice system.

In reality, the bail bond industry has made things easier for the common person—like you!

What do anti-bail bond activists say?

The bail bond industry has been (wrongfully) accused of making profits off thousands of poor defendants across the country. It is also alleged that the industry puts the family members of the defendant who have to cosign a bond in a financial crunch.

As the bail bond industry continues to make inroads—and a ton of profits—activists are worried. But do their claims make sense? Is the bail bond system even the problem?

Absolutely not. Let’s see why. 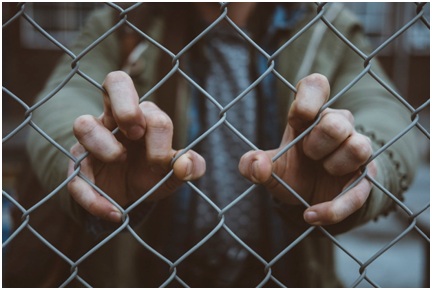 Is the system even the problem?

The activists who blame bail bond agencies for exploiting poor defendants fail to realize that the criminal justice system in the US is itself based on wealth-determined detention.

The wealthy are allowed to escape the prison and go back home, simply because they can afford to pay cash bail. The poor, on the other hand, are detained because they don’t have the finances to get out.

Here’s what makes it worse—99% of these are pretrial detainees! This means the justice system is minting money from defendants who have not even been found to be guilty, but are still jailed because they’re poor.

The bail bond system, on the other hand, gives both the rich and the poor a fair chance to post bail.

Coming to the second argument, the $2 billion revenue that the bail bond industry generates is a minuscule sum compared to what the justice system is making.

Prisons (both federal and state) are currently home to around 1.6 million people. These people are poorer than their non-incarcerated counterparts. Their families have to pay huge amounts for bail, the hefty fees charged by attorneys and lawyers, and even the cost of their food and utilities!

In fact, these families also have to pay for the phone calls they make to their jailed loved ones? Just the total revenue earned from these phone calls amounts to $1.3 billion! On the flip side, bail bond agencies only cost them a 10% commission and they’re off the hook.

For all sorts of bail bond-related assistance in Indiana, reach out to DeLaughter Bail Bonds. In times when you are arrested, our bail bond agents will stand next to you, no matter what. Contact us now.