When defendants are in jail waiting for their court appearance, they may be freed if they give the court a certain amount of money. This happens after they’ve been arrested but before their court date. Once the defendant has appeared in court, the money is returned to the person who paid it. Bail is a legal procedure and a charge that differs from state to state in the United States.

END_OF_DOCUMENT_TOKEN_TO_BE_REPLACED

When a friend or relative is arrested, you will try to do anything to get them out. This means bailing them out yourself or getting a bail bond agent. These bonds can be set as high as 40,000 dollars. If you pay this amount yourself, you are now responsible for bringing the defendant into the courts and making sure they don’t jump bail. But if you choose to get a bail bonds agent to pay the amount while you co-sign the contract, you will have to pay the bail bond agency the entire money plus the 10-20 percent fee charge.

Take a look at this guide to understand the bail bond laws in Miami:

Rights Under The Fifth Amendment

Every suspect has the liberty to stay silent under the fifth constitutional amendment. This legislation is in place to safeguard you against self-incrimination. The cops can’t persuade you to disclose anything if you don’t want to. Miranda Rights are a set of rights that apply to both the sentencing and the detention.

You also have the option not to be put in double peril under the Fifth Amendment. This implies that a suspect cannot be convicted for the same violation multiple times. There are, nevertheless, deviations to this rule. The accused can be tried in two separate courts for the same offense.

Most state criminal courts include restrictions on O.R. release, such as barring the defendant from leaving the country while accusations are pending or requiring the accused to notify the court regularly until the matter is concluded.

When evaluating whether to free a defendant on their recognizance, a criminal court magistrate examines the following factors:

What Are The Laws For Determining The Sum Of The Bail?

The amount of bail to be issued in each trial is set by the judicial system, judge, judicial officer, or inspector executing the bail; in exercising this authority, they must follow the Constitution and the underpinning guidelines: 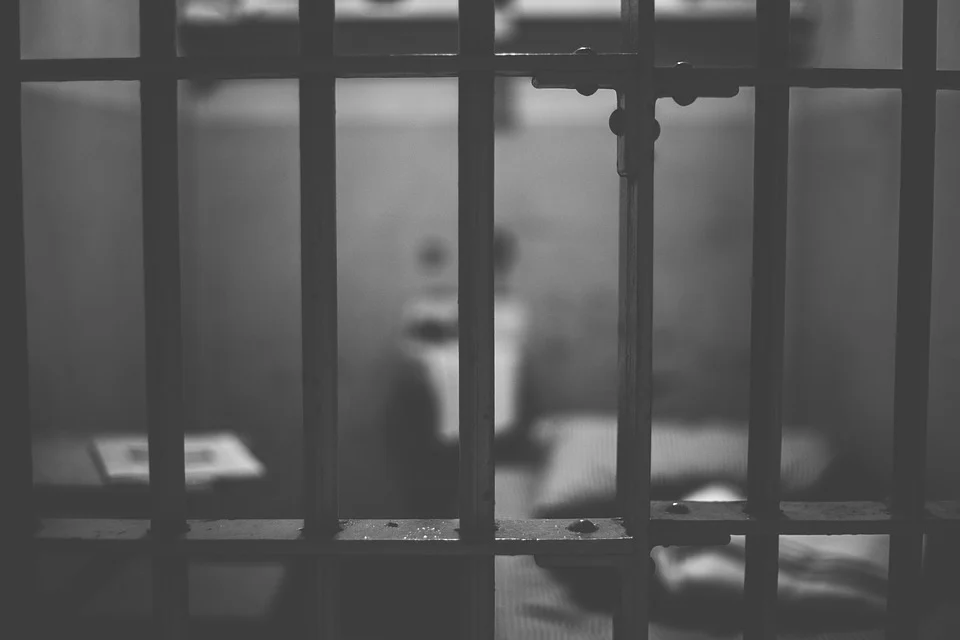 END_OF_DOCUMENT_TOKEN_TO_BE_REPLACED

The sum of bail differs from one offender to the other. When contrasted to misdemeanors, it’s much greater for felonies. The national average for bail is approximately $10,000, and most individuals cannot deposit such a large sum of money in advance.

That’s where bail bond agents can help. A bail bondsman employs deposits the defendant’s bail on their behalf. This enables them to be released from custody until their court date. They effectively guarantee that the accused will appear before a judge for their hearing.

Take a look at this guide to understand the duties of a bail bondsman:

END_OF_DOCUMENT_TOKEN_TO_BE_REPLACED

If a person is arrested in the United States, it would be wise to hire a bond bailsman that works to get you out on bail while the case is open. So you would be out on bail but would need to attend every hearing. The bail money is a surety by the offender that they will show up in court for further proceedings. A judge is the one that reviews the bail application. Most of the time, offenders are granted bail.

END_OF_DOCUMENT_TOKEN_TO_BE_REPLACED

If you’re falsely charged or have been arrested for a crime, you are given the right for a lawyer and a call to your family or lawyer. Once you hear the charges in the presence of your lawyer, you will be advised to ask for bail from the courts.

If the application for bail is accepted by the judge for a first time offence, you need to get a bail bonds agent to make the payment to the courts and take surety on behalf of the offender. This entire process is called bail bond system that is an amendment in United States constitution.

If the judge deems it appropriate to let you out on bail, so that you can continue your life while attending court hearings, you have to careful with your out-of-jail behavior. There are certain clauses to your bond, these clauses or conditions should not be violated. Here certain activities you shouldn’t be involved in when you are out on bail.

This is a given, that you when you are out on bail you shouldn’t be charged with a DUI (driving under influence) or carry/use any kind of illegal drugs. This may be a minor offense but you need your record to be clean when you appear in front of the judge in the next hearing, therefore make sure that you stay away from drugs and alcohol. 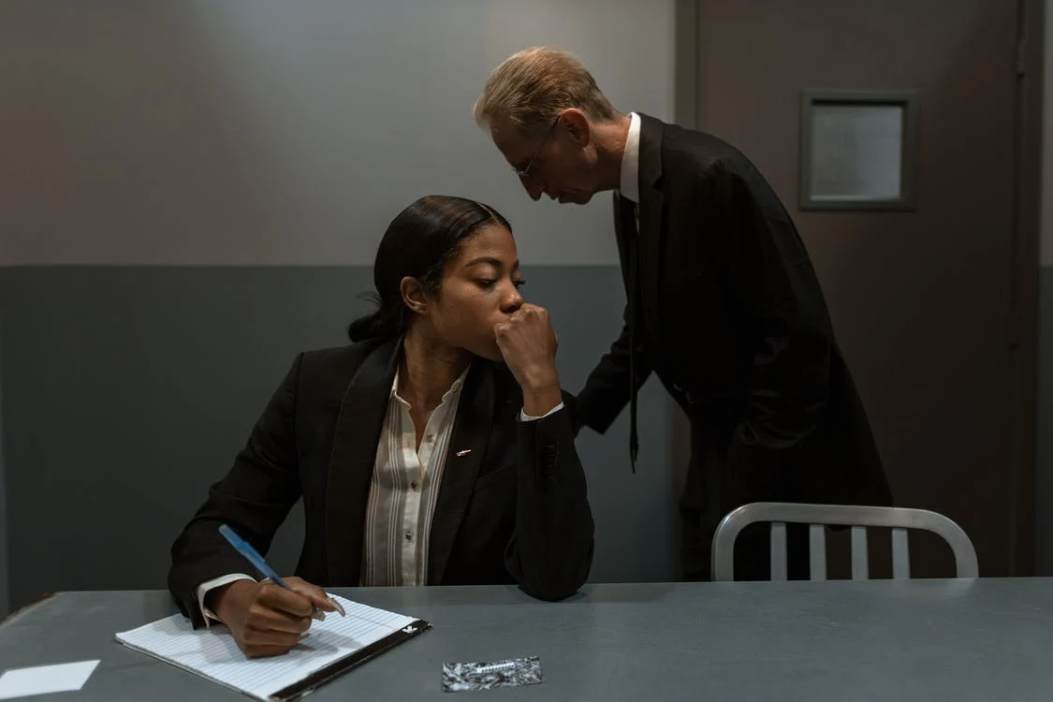 2.     Have an unregistered firearm

People usually pass on their expensive properties to their children and grandchildren, the same way people pass on firearms. If you have a firearm that you got from your father or grandfather, you need to get it registered under your name. Unfortunately, once you are arrested for a crime and are out on bail, the chances of getting a firearm registered under your name are slim.

Therefore, you need to give your unregistered firearm to someone who can actually have it registered without any problems.

One of the biggest offenses to the court and judge is missing the court dates for no substantial reason. Most people don’t understand the severity of this wrongdoing as the judges don’t tolerate this misuse of court’s time and money.

One of the conditions of bail release is that you should not remove yourself from the jurisdiction of the country or sometimes state. You should never travel without the courts permission.

If you or your loved one is facing slanderous charges, you need to get yourself bail bond services in Whitley County IN. At DeLaughter Bail Bond, we make sure that you get bail out safe and sound with any additional charges. Our bail agents in Wabash County are trustworthy and devoted to reunite you with your family. We also offer 24 hour bail bond services in Whitley Countyfor an immediate arrest. So contact us today!

A bail bond is a surety on behalf of the offender that they will appear in the court for their hearings. This bond money is provided by a loved one or friends along with their personal information, making them liable in case the offender leaves the country.

END_OF_DOCUMENT_TOKEN_TO_BE_REPLACED

A judge sets bail after a jailed defendant secures a bail bond from a recognized bail bonds agency. After bail, you must wait for your next court hearing. It’s possible to pay only a small part of the bail, and then the bail bondsman will take on all of your costs if you don’t show up for court. You can do this by signing an agreement with a bail bondsman.

END_OF_DOCUMENT_TOKEN_TO_BE_REPLACED

The need for a transfer bond comes from your home state when you are under police custody and sent to jail in another state. Your family member or friends can contact a bail bonds agency located in your home state and complete the necessary documentation on your behalf so that you can have peace of mind.

Here’s a valuable insight into dealing with a transfer bail bond:

1.      Underwriting Of The Transfer Bond

When the representatives of a jailed defendant approach a bail bonds agency, bail bonds agents should complete the transfer bond request form and let them know if getting a bail bond is possible and at what cost.

The underwriting process also needs the defendants’ full names, the location of the jails in which they are present, and the nature of their charges. The bail bond amount is also vital to ensure a smooth bail posting process.

After the underwriting of the bond and verification of the information, the processing of the transfer bail bond takes place. The bail bondsmen will tell you the time needed to post bail. It’s vital to keep in touch with your bail agent and not communicate with someone else. 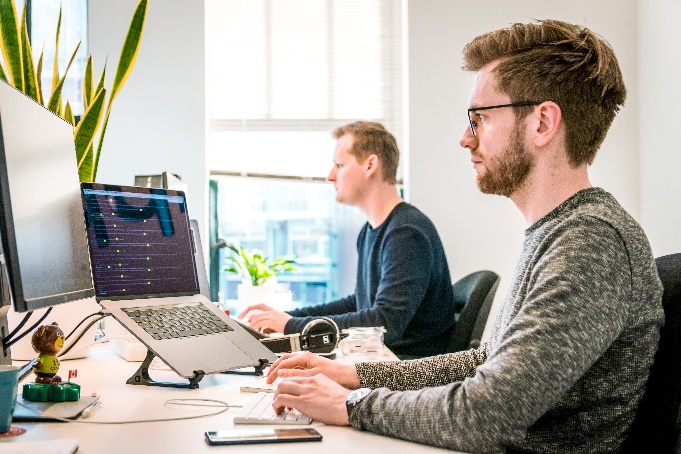 The bail bond agent is financially liable for the bail bond. If the defendant doesn’t pay, the bail agent will be responsible. As a rule of thumb, giving a bond worth more than USD 10,000 is a sensible approach. This is because you have to pay a lot of money if you want to post bail in another state, so a higher bail amount would make sense.

You may have to pay extra for the transfer bail bond to take effect. This is because a couple of bail bonds companies have to communicate with one another to process the transfer bail bond. There is a lot more paperwork to do. For bail outside of your home state, you should consider how much the fee will be. The state usually sets the fee.

Contact us to get affordable bail bonds services in Huntington County, Indiana.

A  judge usually decides the bail amount after the defendant’s charges in the first court session. Most of the time, judges have a few options when setting bail. They can stick with the standard bail amount, raise or lower that amount, deny bail entirely, grant release, waive the entire bail amount under particular conditions.