Criminal offenses can be primarily classified into three major types; felonies, misdemeanors, and infractions. The punishments, charges, and penalties for each of these categories are different. The seriousness of a case relies heavily on whether it’s an infraction, misdemeanor, or a felony.

In this blog, we’ll discuss the difference between infractions and misdemeanors. 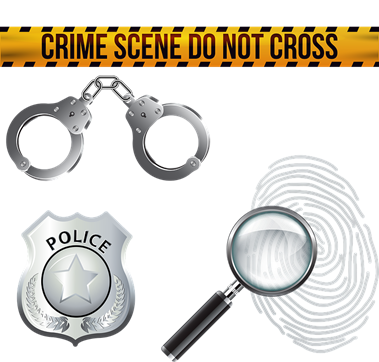 An infraction can be defined as a minor violation of the law or commission of an unauthorized act. It’s also regarded as an infringement, by US law.

Typically, infractions refer to minor crimes such as speeding, tailgating, and parking overtime. A person who commits an infraction can’t be imprisoned by the government. Charges and penalties are also trivial and can be handled easily.

Some other examples of infractions include littering, jaywalking, not wearing a seatbelt, reckless driving, traffic violation, the use of open alcoholic containers, not using adequate child restraints, tobacco possession, or harboring non-vaccinated dogs.

A serious criminal offense that’s punishable under criminal law is called a misdemeanor. Typically, misdemeanors lead to yearlong punishments including but not limited to fines, community service, 12-month incarceration, or probation.

Generally, misdemeanors can be classified into three major types;

Class A crimes are the most serious misdemeanors. The convicted individual may have to stay in prison for 6-12 months.

These are less serious crimes in which the convicted person is imprisoned for 1-6 months.

These are minor crimes for which the convicted person is only punished for 5-30 days maximum.

The court can also grant probation to the person who conducts a misdemeanor, instead of sending them to jail.  During the probationary period, all the activities of the convicted person are closely monitored by the probation officer. Therefore, if a person successfully gets probation, they need to participate actively in community service and refrain from all types of misconduct that may lead to probation being revoked..

Important note: Classification varies from state to state and the punishment is decided based on the severity of the crime.

Most people don’t understand the legal processes involved in court proceedings involved in solving a criminal case. If you or a loved one conducted a misdemeanor and need help to cancel their imprisonment, make sure you’re acquiring help from a licensed bail bond agent.

Understandably, infractions are minor offenses, but if the person who commits an infraction fails to appear in the court for their misconduct, the police may charge their case as a misdemeanor.

Our 24-hour bail agents at DeLaughter Bail Bonds can help you expedite the release and resume your life without any troubles. Contact us now to learn more about our bail bond services.