One sure way to secure a release after you or someone close gets arrested is to post bail. Bail will serve as a guarantee that the defendant will appear in a court hearing. Whether you post the bail money or collateral or render the services of a bail bond agent, the court will determine whether you’ll get bail or not and will set the bail amount.

In this guide, we’ve outlined those factors for you.

1. The Severity of the Offense

The nature of the crime influences the bail amount. Federal and State law has stipulated various bail amounts for varying degrees of crime. Minor crimes have lower amounts compared to other severe crimes.

For instance, if you’re arrested for murder, you’ll pay a higher amount compared to a misdemeanor charge. In some cases, the judge can deny bail altogether.

Defendant’s wealth and employment status also affect the bail decision. A judge examines whether a person has a job. It’ll assure the court that the accused will be tied to their employment and won’t flee.

If your criminal record is clear, the judge may set a lower amount than an individual with a criminal record. Having a history of felonies and criminal offenses in the past shows that the person doesn’t respect the law.

In some cases, the court may deny bail if the accused has outstanding warrants or is on parole.

Bail assures that you’ll be present at a court hearing. If you have a history of missing court dates, you may end up with no bail or a higher bail amount. The court is less likely to approve bail if the accused tends to skip court appearances.

Besides affecting the amount, failure to appear in court also has other repercussions. You may lose your bail money or property, whichever you had paid to secure bail. Similarly, the court will issue an arrest warrant to take you back in custody.

One of the most influencing factors is public safety concerns. If the judge has reason to believe that the defendant is a threat to the public, witnesses or victims, they may set a high amount or deny bail. 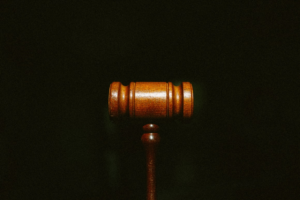 Get affordable bail bonds in Wabash County, Huntington County and more with DeLaughter Bail Bonds. We offer 24-hour bail bonds to ensure your quick release and offer inmate information, check-ins and to locate your loved ones. Contact us today!