While bail bondsmen arrange for the funds to get you out of court, you have to remember that they’re still running a business. So when clients go off-radar during their trial and the court places a bounty on the defendant, many bail agents recover them on their own. The state of Indiana has made bounty hunting legal, so people who run from both their bail agents and the court have to bear stiff penalties if they’re caught.

How Does The Bail Bond Business Work?

Bail bondsmen have agreements with the court whereby they take on the responsibility of ensuring that defendants will meet their legal obligations.

This agreement demands that the agents will bring their clients to court, or the court will claim all the bail money. Assuming that the client makes it to all their hearings, the bail bond service won’t have to pay any money at all.

Before your bail agent agrees to bail you out, they’ll ask you to pay 10% of the bail upfront in return for their services. Assuming that you’ve attended all the hearings, the agent makes 10% as profit—if you skip town, the agent pays the entire bail amount.

The court sets a timeline for how soon the bail is paid, and the agent has to use that time to locate their client, or forfeit money to the court. 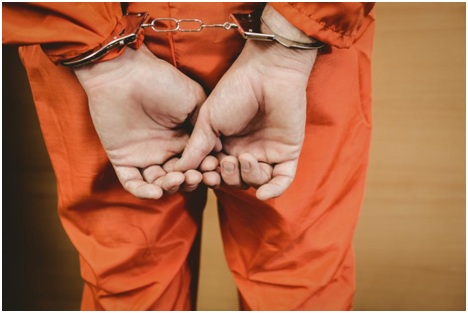 To avoid paying the amount, agents often hire bail enforcement officers (or bounty hunters) to track down the fleeing defendant in return for a fee.

The fee is often 10–20% of the total bail amount. In certain situations, the bail agent takes it upon themselves to make sure the client attends all the court hearings.

Laws Regarding Bounty Hunting in Indiana

The motivation to make good on losses also serves as the reason why bounty hunters often use extreme force to bring in runaway defendants. There’s little federal regulation on the activities of bounty hunters, which is the subject of much controversy.

If you miss your court date or if there’s a bounty out for you, you should consult with your attorney as soon as possible and get in touch with your bond agent. It’s quite possible that you can come out with an agreement to turn yourself in without things getting out of hand.

DeLaughter Bail Bonds in Indiana is a 24-hour bail bonds service that offers surety and transfer bonds whenever needed. We offer our bail bond services in Steuben County, Newton County, Miami County and other areas throughout Indiana. Speak with us now if you need bail for your loved ones in Indiana