Did you recently get bailed out of jail? Getting arrested may seem like the end of the world but the reforms in bail policies have made it easier for defendants to resume their normal lives and live comfortably until the trial.

It’s important to remember that accused individuals who are deliberately involved in a malicious act or a criminal activity can leverage their time out of jail before conviction to escape to another city or simply go in hiding. This poses numerous risks to public safety.

To lower the frequency of that, the US government has set certain rules and regulations for defendants who post bail. Bail is a conditional release and the court requires the suspects to strictly adhere to these rules when they’re awaiting the trial outside the police custody.

Rules and Regulations on Pretrial Release

When a person is arrested, the police document the personal information of the suspect for further inquiry. Afterward, the judge conducts a bail hearing with the defendant and assesses the case severity.

The primary purpose of the bail hearing is to determine the flight risk of the arrested individual. They don’t just check out the person’s circumstances, reputation in the community, criminal record, and financial status, but also speak with the accused.

Once the judge weighs all reports and documents, they decide whether the person should be released or if they need to keep them captive.

Compliance with the Law

To ensure that the case is resolved on time and protect the community from criminal activity, the judge issues a set of rules with which the client has to comply under all circumstances.

Getting out on bail may sound like a relief, and to some extent it is. However, you need to be careful about everything you do. Strictly adhere to state laws and stay away from any possible infractions or misconduct that can incriminate you.

Abstain from Drugs and Alcohol

This is one of the most common conditions required to be fulfilled by defendants. They need to quit drinking and refrain from using drugs and other substances.

Illegal possession of weapons is strongly prohibited in the USPossession of a weapon can lead to the cancellation of the bail and they may end up in the lockup otherwise.

You can travel after getting a release. However, it’s important to acquire the court’s written consent for this. That said, always be wary about where you’re going. In addition to this, it’s better to postpone your plans of traveling outside the state if you’re still awaiting the trial.

Appear in the Legal Proceedings

The defendant can’t miss out on court hearings, no matter what. They need to attend all the scheduled hearings and meetings until the trial. If the suspect fails to appear for a court proceeding the court reserves the right to cancel their bail and send them back to jail.

Need A Bail Bond in Indiana? 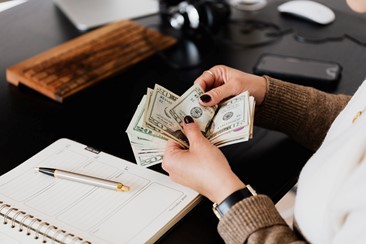 Contact us today and claim your right to live freely outside the jail.