According to the US Department of Justice, destroying someone’s property—whether public or private—intentionally is a serious crime. Willful destruction of property—in the form of vandalism—costs property owners a grand total of $15 billion every year! Other than that, it also affects the appearance of your community and keeps people from visiting public places.

Let’s look at what will happen if you get caught in such an act:

What does vandalism entail?

The term ‘vandalism’ covers a number of actions, the penalties for which differ.

Let’s take a look at some of the common forms that vandalism takes: 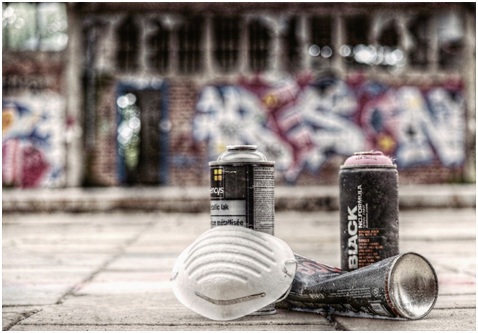 What are the penalties?

The exact penalty for vandalism differs in every state. Here’s what the Indiana law title 35-43-1-2 suggests:

The misdemeanor is widely categorized as Class A or Class B. Class A refers to a case of vandalism where the damages account for less than $750. Class B offences are those where damages exceed $750. If the defendant has been found guilty of Class A vandalism, they will have to spend at least 180 days in jail. For Class B, that may go up to$5,000 is charged.

On the other hand, if the defendant has recklessly caused damage to a place of worship, school or community centre, or a government institution, the act is again categorized as a felony. Other than fines and penalties, their driver’s license can also be suspended for at least a year.

A good citizen never destroys public property! If you feel like it wasn’t your fault and you deserve a second chance, get in touch with DeLaughter Bail Bonds for our expedited bail bond services in Indiana. Give us a call at 260-578-0505 to learn more.