In most trials, the defendant is likely to be awarded bail privileges. This is because an indictment doesn’t indicate definitive guilt—it merely implies that you committed a crime.

The 8th amendment of the US constitution grants people the right to bail, a financial commitment and collateral that ensures that the defendant will attend their court proceedings, or bear significant financial losses if they do not.

Understanding the Purpose of Bail

As mentioned above, when you’re arrested under suspicion of a crime, the state is alleging your guilt, but you’re not guilty unless a judge says so.

Every citizen in the United States is considered to be innocent until proven guilty in front of a court of law.

The question for many people before US bail laws were established was: “should we just stay in jail even though we’re not guilty yet?” After all, it’s not like jails are comfortable.

The solution suggested was bail as we know it today, serving as a promise of attendance. It is the right and responsibility of every US citizen. The idea is that you’ll lose a lot of money if you don’t attend your trial. Failure to comply with the terms of bail is a violation of a promise made to the court, which qualifies as a criminal offense. 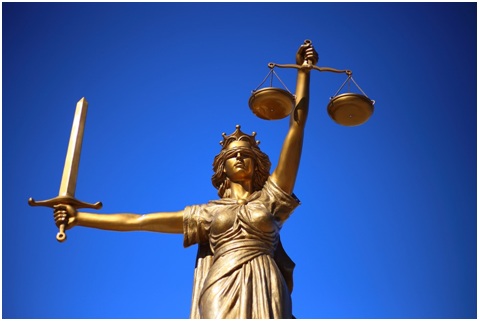 A later amendment—called the Bail Reform Act of 1984—gave judges the right to deny bail privileges under special circumstances; these include:

How Are Bail Amounts Set?

When you’re first arrested, the authorities present you in front of a judge, who sets the bail conditions, including the amount you need to pay to make bail.

These are decided based on bail schedules, which differ across each county in Indiana. But if the minimum bail amount is too high and you can’t pay it, you can put forward a case to reduce it.

A successful bail reduction hearing requires the defendant to prove that the bail amount is too high for them to pay, and that it qualifies as unjust detention. They bring a case to the court where the court must prove without a doubt that the amount set is indispensable with respect to the delivery of justice. The court can set any amount they can justify; if you can find a crack in their case for the bail set out initially, you have a legal and constitutional right to have your bail amount reduced.

DeLaughter Bail Bonds is a 24-hour bail bonds service that offers surety and transfer bonds whenever needed. We offer our bail bond services in Kosciusko County, Jasper County, Elkhart County and other areas throughout Indiana.

Speak with us if you need bail for a loved one in Indiana.