Landing in legal trouble not only puts your reputation at risk, but can also lead to financial problems, since bail amounts can be very high.

To get out of jail, you need to post bail and promise that you’ll return for all court hearings. At times, the bail amount is so high that it’s almost impossible to arrange for it on an immediate basis. In such scenarios, being released on personal recognizance is quite a blessing.

What is personal recognizance?

When you’re arrested under normal conditions, you either need to pay the bail amount or pay a bondsman to pay on your behalf. With personal recognizance, though, both of these possibilities can be ruled out.

As the name suggests, the judge allows the defendant to go home with a verbal or written promise that they’ll return and attend their court hearing. You’ll also need to promise the judge that you’ll seek the court’s consent before leaving the state and will abide by all the restrictions imposed by the court.

Furthermore, you’ll be required to sign an undertaking that you’ll be ready to face the consequences if you fail to appear in any court hearings. 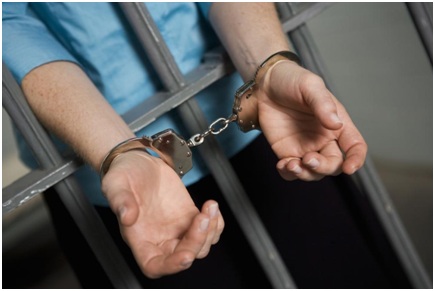 What are the criteria?

Although the prospect of being released without having to pay anything sounds attractive, it doesn’t apply to everyone.

To check whether you’ll qualify, you’ll first need to know the difference between a misdemeanor and a felony. The two differ with regard to the severity of the crime. If it’s a minor misdemeanor like a parking rule violation or a motor equipment violation, you might be allowed to go home on personal recognizance.

On the other hand, if you’ve been accused of a felony like a drug offense, a violent crime, or a criminal offense, you might not be granted bail on personal recognizance. In such cases, the next best option is to get in touch with a bail bond agency and get them to arrange for your bail.

If you’re looking for a dependable bail bond service that will even be accessible in the middle of the night, look no further than DeLaughter Bail Bonds in Indiana! Get in touch with us now to learn about our bail bond services.